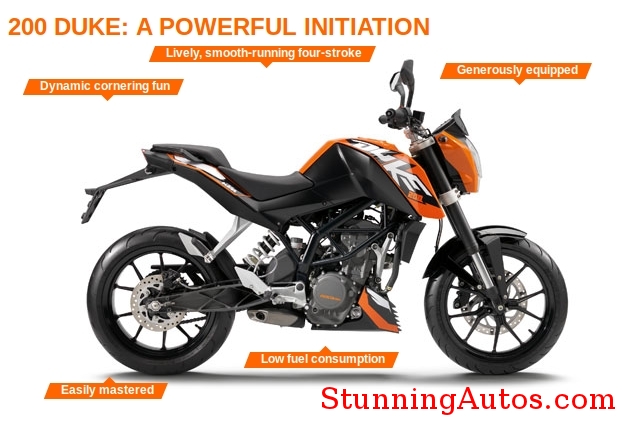 Here is eight destroyer is coming to crack the road. How fast would you like to run with these beast? Un! Whatever speed you go fastest than faster or slowlely, but surely you will love your bike more than your girlfriend, if you have it!

Dude don’t be confused. I’m talking about 8 new killer machine which is bigger in size and in performance too. The top 6 company has prepared to impress you as they can. They are going to launch awesome new models by the end of this year.

Royal Enfield has introduced Cafe Racer. It has powered by a 535cc, single-cylinder engine which will produce 36 BHP which is the highest ever. Cafe Racer is also lighter than Classic by 21 k.g. Cafe Racer will finally go on sale late this year. No more details we got about Cafe yet. Watch Cafe Racer on Youtube

KTM will launch the 390 Duke in India by mid-2013. This motorcycle will be powered by a 373cc engine producing 32 kW(43 hp). This is identical to the Duke 200 and looks perfect from every angle. Design base match with it’s younger Duke 200. But has stunning looks and healthier than 200 and looks more sporty with these additional features:

Bajaj Auto has made bigger Pulsar. Basically Bajaj is running with along side KTM for Indian customers. Last year Bajaj launched Pulsar 200 with KTM Duke 200 and Now has planned to Launch Pulsar 375 with KTM Duke 390. Pulsar 200 already has proofed it self against Duke 200 in speed and in fuel efficiency absoutely in design too. Let see what’s Bajaj has plugged new in Pulsar 200. Pulsar 375 will also look similar like it’s junior sibling Pulsar 200NS. But bolder, longer and healthier than junior. This will be go on sale in mid of this year. We don’t have more news about new Pulsar 375.

DSK-Hyosung is ready to impress Indians with its cruiser GV250 Aquila. Which is equipped with 249cc v-twin DOHC 4-valve per cylinder engine includes roller bearing cam shafts and 28.5 BHP of maximum power at 10000 RPM. GV250 can impress Royal Enfield lovers with its stunning look and comfort. Will launch by mid of this year.

SOFTAIL: The 2013 Harley-Davidson Softail motorcycles have features including: hand controls, a larger odometer, and an anti-lock braking system option. All Harley Softail bikes are powered by an air-cooled Twin Cam 103 Harley Engine with 6 speed cruise drive transmission. The Harley-Davidson Softail motorcycles have one of the lowest seat heights of any motorcycle class on the market. Softail models’ shocks are set in a horizontal position and out of view, giving the motorcycles a rigid suspension look, all the while maintaining the comfort of rear shocks. New for 2013, the Softail Blackline model and Softail Deluxe model are available with optional Hard Candy Custom paint, a ’70s custom-style large metal flake finish. The Heritage Softail Classic and the Softail Fat Boy Lo 2013 motorcycles come in a limited, serialized 110th Anniversary Special Edition, featuring exclusive commemorative anniversary styling elements and premium features. Adding to every Softail motorcycle’s one of a kind look is the unique horseshoe shaped oil tank. Each Softail motorcycle offers something different, from the Fat Boy one of the cruiser motorcycles, Softail Deluxe motorcycle cruiser, and for one more of the custom Harley motorcycles the Fat Boy Lo.

V-ROD: The 2013 Harley-Davidson V-Rod street bikes are the powerful Night Rod Special model and V-Rod Muscle model. The V-Rod family offers aggressive race-inspired styling and extreme power. The V-Rod bikes feature extra wide rear motorcycle tires. These motorcycle tires are extra wide for a great ride experience and fat custom look. For your performance needs, each motorcycle also has a ‘slipper’ motorcycle clutch and a 1250cc, 122 horsepower Revolution V-Twin engine. The H-D V-Rod motorcycles also have performance brakes with optional ABS. Combine that with the wide rear Harley tire and you have a serious street bike. These cruisers are full of power, performance, and a style you will only find on Harley V-Rod motorbikes. See V-Rod motorcycle pictures and learn more about each Harley V-Rod street bike, including the unique hydroformed motorcycle frame on the Night Rod Special motorcycle cruiser and the V-Rod Muscle power motorbike.

TOURING: The 2013 Harley-Davidson Touring motorcycles are an incredible array of bikes for touring. H-D touring motorcycles will give you the ultimate in ride comfort, quality and storage capacity all riding with the power of an air-cooled Twin Cam 103 Harley Engine with 6 speed cruise drive transmission. The Harley touring motorcycles for 2013 are a must see. The Road King and Electra Glide Ultra Limited 2013 Touring motorcycles are available in extremely limited, serialized 110th Anniversary Special Editions, featuring exclusive commemorative anniversary styling elements and premium features. For more stripped down motorcycle touring, check out the Street Glide. If you’re looking for motorcycle luggage capacity, take a look at the Electra Glide Classic model. The Road King model is another great way to get started with Harley touring or continue years of open road biking. Another option, the Harley Road King Classic model, allows you to modify the bike’s style with its detachable Harley windshield. Looking for a frame mounted fairing for your motorcycle touring? Then check out the Road Glide Custom model with its shark nose Harley fairing. If you’re looking for more passenger room, the Harley-Davidson touring motorcycles, including the Ultra Classic Electra Glide model, give you the option of a motorcycle sidecar. Or, if you are looking for some super premium features, be sure to look at the Electra Glide Ultra Limited touring bike. The Road Glide Ultra model is also full of all the premium features you’ll want for your motorcycle travel. source: http://www.harley-davidson.com

Honda will launch it’s new naked version of CB150R by next month. CB150R has 149.4cc 4-stroke single-cylinder engine which produces maximum 18 BHP @ 10500 RPM. Coming with Four different color variants. CB150R is going to launch on this month on 11th.

Also Aprilia, Moto Guzzi, BMW, Ducati, Triumph and others companies has planned to come to India.

But here is one bad news too friend. According to Union Budget 2013 import duty will be increase by upto 70%. So, this will make 15% more expensive of all high end cars and motorcycles above 800cc coming to India.
Listed in this post above Royal Enfield, KTM, Hyosung and Harley Davidson can get bigger price tag.

NOTE: All prices above are expected