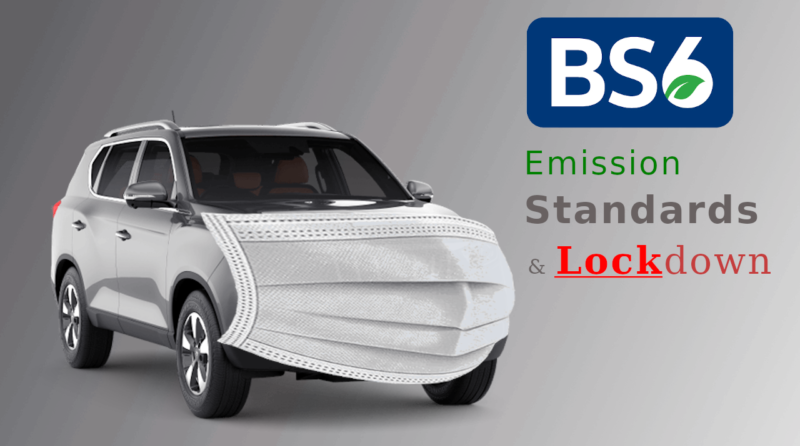 What are BS-VI norms?

BSES or Bharat stage emission standards are rules implemented by India to reduce air pollution from the combustion of petrol or fuel from vehicles. These types of engines are mainly used in motor vehicles.

BS-VI standards or norms are implemented in India from April 2020. These standards specify that vehicle manufacturing industries and companies should produce and sell only those vehicles which come under BS-VI standards and say that the amount of carbon monoxide (CO) is to be reduced by 30% and nitrogen oxide (NOx) by 80%.

The central government decided to implement these norms after they tied with Paris to reduce the amount of carbon emission globally. There are currently 63 cities in India that comply with BS-IV standards.

Why did the government enforce BS-VI by skipping BS-V?

BS-VI standards have stricter guidelines as compared to BS-V standards. Many industries, manufacturers, companies, and ministries were unable to meet the deadline of BS-V. The government had to make a rigorous decision towards the industries by skipping to BS-VI.

The BS-IV to BS-V deadline provided by the central government was two years from 2017 – 2019 and for BS-VI the two years later. But due to the inefficiency of meeting the demands at the right time, the government has to force their decision and skip directly to BS-VI.

Why do BS-VI models cost more?

BS-VI models cost more because the industries and manufacturers have to make many changes in the production and engineering of the vehicles. What kinds of change? These vehicles are built to work more efficiently and environmentally friendly. The manufacturers have to add more parts and new hardware in the vehicles. As per the BS-VI norms, the use of a better catalytic converter is required so that there would be less emission; however, it is costly.

It is that “the average cost of upgrading BS-IV vehicles to BS-VI vehicles will be around Rs 37,000”. It is also estimated that the petrochemical industries have to invest an amount of Rs 28,000 crore to Rs 30,000 crore to upgrade from BS-IV to BS-VI.

Does this apply to electric vehicles also?

BS-VI norms do not apply to electric vehicles. As these standards are only applicable on motors with burning fuel engines which emits poisonous gases. Here electric vehicles do not breathout any type of gases. But their batteries can be next concern for our environments after fuel burning engines get over and batteries will be all over everywhere.

How’s BS-IV impacting us and the environment?

Well, just buying vehicles with BS-VI compliant engines will not help us. Fuels also come in these BS-VI norms to comply with standards. Petrol and Diesel will also be compliant with BS-VI which will have 5 times less sulphur (10 ppm) in comparison to BS-IV fuels with 50 ppm sulphur.

No, less sulphur is not cutting the cost of fuels. Instead it will be a little costlier. Yes, yes it is now available to more than 18,000 Indian Oil outlets across the country. And almost all vendors are ready to serve BS-VI fuels.

Can I still buy BS-IV models?

Yes, you can still buy BS-IV models. But only used ones. Yeah, I know it hurts. But the deadline is over and only BS-VI compliant models can only be sold in India.

Many manufacturers still have unsold BS-IV vehicles left in the backyard, which resulted in big loss to these companies.

Maruti Suzuki only reported a total of Rs. 125 crores loss due to left over parts and unsold models.

Covid-19 lockdown is the added reason for unsold BS-IV models and let manufacturers suffer even more.

The Federation of Automobile Dealers Association (FADA) came to the rescue manufacturers by filing a plea to the Supreme Court (SC) to extend the date of BS-IV models sale till 31st May to cover Covid-19 lockdown. But sadly this plea has been refused. So, no more sale of unsold BS-IV models will be at any cost.

BS-VI and impact of lockdown on environments!

As the whole world is facing the COVID-19 pandemic, countries had to go into a state of lockdown for the time being. Due to lockdown, several businesses are badly hampered, and so did the transportation. Moreover, due to less transportation, air pollution has reduced.

As there is no business, there remains no reason left for manufacturers to keep producing their products. Several industries have been kept closed and due to the same reason, the amount of carbon monoxide and nitrous oxide has also been reported decreased.

However, after the lockdown, transportation would again be ignited, and thus, the pollution will again start to rise to achieve peak due to people’s industries and vehicles. Now, here comes the BS-VI norms into the picture. Due to these standards, there will be a decrease in the number of pollutants released in the air. As the BS-VI guidelines will be implemented from April 1st, 2020, our environment will be benefitted quite significantly from it. The move to upgrade to BS-VI standards will significantly help the fight against pollution.